January 6 Defendants Are Asking to Be Sent to Guantanamo Bay Rather Than Continue Enduring 'Diabolical' DC Jail Conditions
Order "It Takes a Counter-Revolution!" at Amazon.com
Donate and Support Freedom Watch at www.FreedomWatchUSA.org 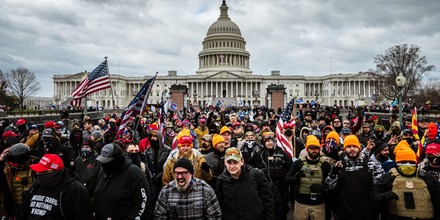 They claim in a court petition that conditions at the military prison would be better than where they are now.

Among their complaints: the alleged presence of critical race theory propaganda and staff who wear "Democrat" attire.

Several Capitol riot defendants being held at a DC jail say the conditions are so unbearable they would rather be sent to Gitmo.