Impeachment Reality Comes to the Fox News Universe
Go to www.FreedomWatchUSA.org to Join and Support Our Leftist Media Strike Force! Share and Donate 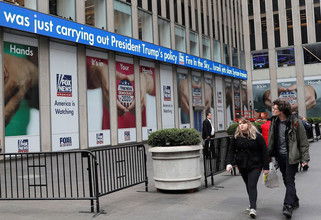 By Philip Bump
Washington Post
December 16, 2019
"The Fox poll came out — and I was stunned by this," Kilmeade said on "Fox and Friends." "This says 50 percent of the country want the president impeached. I was stunned to see that that's the number, because I thought that things were trending away."

(Interestingly, it's that 4 percent who are most likely to see their desires fulfilled. Trump is likely to be impeached by the House this week but then acquitted by the Senate sometime next month.)