How Trump Can Lose the Election!
Larry Klayman says to the president: Act now or politically die 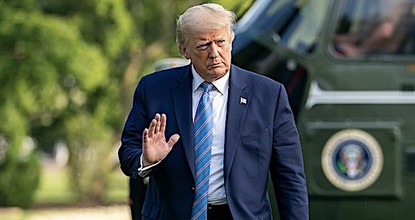 Likely financing these Bolsheviks are persons such as George Soros, and undoubtedly our enemies such as Russia, Iran, North Korea, Cuba and, let's not forget, Venezuela. This is the real foreign collusion!