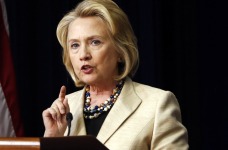 (Washington, D.C., March 3, 2015). Today, Larry Klayman, the founder of Judicial Watch and Freedom Watch and a former federal prosecutor read with interest a front page story of March 2, 2015, in The Washington Post by Anne Gearan titled "Clinton, Netanyahu Have a Complicated History." One reason for this complicated relationship could be the likely complicit release by then-Secretary of State Hillary Clinton of classified information during a critical stage of the Iranian nuclear negotiations of Israeli war plans to eliminate the Iranian nuclear program.

The likely reason for the release was to try to harm Israeli war plans, as at the time that Israel was believed willing and had the capability to launch a preemptive strike to eliminate the nuclear threat. Documents obtained in a Freedom of Information Act (FOIA) lawsuit show that Secretary Clinton and her immediate staff was the likely source of the leaks to New York Times reporter David Sanger, and coordinated those leaks with the national security staff in the Obama White House. To date, the Department of State has stonewalled the release of many documents, but Freedom Watch is currently before the U.S. Court of Appeals for the District of Columbia Circuit to force further release. Oral argument is currently for early April (case no. 14-5174).

Klayman issued this statement in light of the intense focus on deteriorating Israeli-American relations this week: 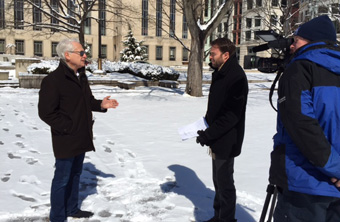 "It seems that President Obama and would-be president Hillary Clinton have done much to try to put a chink in the side of both Prime Minister Benjamin Netanyahu and Israel so they could reach an under-the-table nuclear deal with Iran. This would include disclosing Israeli war plans and cyberwarfare sources and methods to prevent a preemptory strike. Both the President and former Secretary of State Clinton should be forced to legally come clean about his serious breach of national security. While whistleblowers like Edward Snowden are held out to dry and prosecuted, higher ups are left alone to release classified national security information when it suits their political purposes.

"And, this is one of the significant reasons why Israeli-American relations during the Obama administration have gone south."

To view the D.C. Circuit legal brief and documents that have been released thus far, go to www.freedomwatchusa.org. For an interview of Mr. Klayman, contact (424) 274-2579 or daj142182@gmail.com