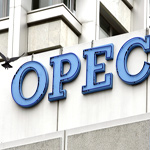 The 12 countries that constitute OPEC specifically and intentionally limit barrels of oil that each country produces, which has caused price to reach nearly $120 a barrel, the complaint alleges.

The lawsuit further charges some of the massive profits generated by illegal price fixing are used by some members of OPEC like Iran, Saudi Arabia and Venezuela to finance terrorism and further anti-democratic agendas.

"These artificially-inflated crude oil prices fall hard on the backs of Americans, many of whom cannot afford to buy gasoline during these severely depressed economic times," said Klayman, a former Justice Department lawyer deemed to have experience to take on OPEC.

As trial attorney of Antitrust Division, Klayman participated in breaking up AT&T and now he and Freedom Watch are prepared to do what no government agency is doing or has ever done, which is taking on OPEC.

Klayman alleges leaders of both parties "line their pockets from big oil interests and are just sitting back and not doing anything, unless in Donald Trump's words, 'they're stupid.'"

Klayman cited how Trump once characterized the situation when he was quoted as saying no one in Washington has the guts to tell Saudi Arabia 'you're not going to raise that f__king price!'"

The Administration also is not allowing the United States to increase its own oil production, Klayman charges. President Obama's policies have discouraged oil discovery and drilling. This has lead to more speculation on oil prices, causing them to rise. And the president's policies regarding Iran also have contributed to the spike.

For interviews with Klayman or photo ops of him holding up a gas pump nozzle as a "smoking gun," contact Adrienne Mazzone at TransMedia Group 561-750-9800 x210; Email: amazzone@transmediagroup.com. Complaint can be found at www.freedomwatchusa.org.