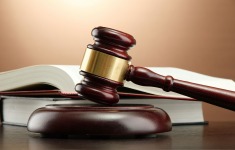 (January 14, 2015, Washington, D.C.) Today, the U.S. Court of Appeals for the District of Columbia Circuit ordered an expedited briefing schedule for the case styled Joseph Arpaio v. Barack Obama, et al, (Case No. 14-5325). Arpaio and his lawyer, former Justice Department prosecutor and founder of Freedom Watch, Larry Klayman, appealed the lower court's decision dismissing the case only minutes after it was issued. The Honorable Beryl A. Howell of the United States District Court for the District of Columbia (1:14-cv-01966) found a lack of standing to sue, even though Sheriff Arpaio provided affidavits and evidence in court that he and his office have been and will be significantly harmed by President Obama's Executive Orders granting what is essentially amnesty to almost 5 million illegal immigrants.

Arpaio's attorney, Klayman had this to say about today's Order:

"The President does not have the authority to rewrite immigration laws. Legislation and national policy are enacted by Congress, not the President. It is a big victory to Sheriff Arpaio and indeed the American people that the D.C. Circuit recognized the need for this case to be quickly resolved before Obama's unconstitutional amnesty program goes into full effect this spring. There are constitutional issues of great magnitude at stake and we are confident that the D.C. Circuit will put a legal stop to this illegal activity, which seeks to end-run congressional authority. I am grateful for Sheriff Arpaio's courage in pursuing this very necessary legal action."