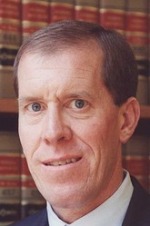 (Washington, D.C., December 27, 2013). Today, ruling in ACLU v. Clapper, (13-cv-3994) federal Judge William H. Pauley III of the Southern District of New York found that the National Security Agency's ("NSA") program that spies on over 300 million Americans – the entire populous – is consistent with the U.S. Constitution and that "[t]his blunt tool only works because it collects everything." His decision comes eleven days after federal Judge Richard J. Leon's decision before the District Court for the District of Columbia in Klayman v. Obama (13-cv-881) ruled that the NSA's spy program is "almost-Orwellian" and it violates the Fourth Amendment to the U.S. Constitution. Judge Leon found, "I cannot imagine a more 'indiscriminate' and 'arbitrary invasion' than this systematic and high-tech collection and retention of personal data on virtually every single citizen for the purposes of querying it and analyzing it without judicial approval."

Judge Leon continued, "if the NSA's program operates the way the Government suggests it does, then omitting Verizon Wireless, AT&T, and Sprint from the collection would be like omitting John, Paul, and George from a historical analysis of the Beatles. A Ringo-only database doesn't make any sense, and I cannot believe the Government would create, maintain, and so ardently defend such a system."

The successful suit was brought by Larry Klayman, former prosecutor for the U.S. Justice Department, founder of Judicial Watch and now chairman and general counsel of Freedom Watch.

In responding to Judge Pauley's decision, Klayman stated: "Judge Pauley rules that the American people have no rights regarding the government and should be kept in the dark. His decision was obviously political and not based on the U.S. Constitution and the law. Pauley is a Democrat appointed by President Clinton and his decision and ruling create the appearance that he is currying favor with a Democrat president, Barack Obama, perhaps as a means to advance his career through higher appointment. This leftist judge rules that the government should control and rule over our entire lives. His decision empowers the government to keep secrets to itself and that the so-called monitoring – which has been proved nonexistent – by the Obama Justice Department and a dysfunctional and compromised Congress is sufficient to protect the American people. Unfortunately, the current government no longer represents the people of this country. Judge Pauley rubber-stamped total government power. The reality is that the legislative and executive branches of government created this constitutional crisis with the NSA which is now spiraling out of control. To the contrary, Judge Leon rightfully called the NSA's program 'almost-Orwellian technology.' Legitimate spying on terrorism does not trump respecting the civil liberties and freedoms of the American people, as Judge Pauley ruled on page 52 of his decision. The rights of the people consistent with our U.S. Constitution cannot be left at the tyrannical hands of the other two branches. This is a formula for revolution as the government should not have an absolute right to spy on the entire American population. Pauley, having run interference for President Obama and his enablers in Congress and putting the freedoms of the American people second to government power, in effect endorses tyranny that will keep the American people from criticizing their government for fear that if they do so they will be smeared with their most private information by Obama's NSA. This is a way that President Obama can "freely" transform this nation into his desired socialist state. One would expect this from the former Soviet Union and China but not from a federal judge whose oath of office requires him to respect, adhere and enforce the Constitution."