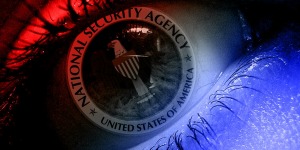 (September 2, 2015, Washington, D.C.) Almost two years ago, on December 16, 2013, Judge Richard J. Leon of the U.S. District Court for the District of Columbia issued a preliminary injunction barring the continued unconstitutional collection by the National Security Agency and other government defendants, including President Barack Obama, of telephonic metadata of not just plaintiffs Larry Klayman and Charlie Strange, but in effect hundreds of millions of Americans. This historic decision, the indirect result of the revelations of whistleblower Edward Snowden, was then appealed by the Obama administration. Last Friday, the federal appeals court vacated Judge Leon's preliminary injunction, which had been stayed in any event pending appeal, and sent the case back to Judge Leon, presumably to allow for discovery into the unconstitutional surveillance in violation of the Fourth Amendment. In his order of December 16, 2013, Judge Leon had called this spying "almost-Orwellian."

After the ruling came down from the D.C. Circuit, Judge Leon immediately set a hearing for this Wednesday, but the Obama Justice Department, seeking to again delay the case, asked for a postponement, which Judge Leon rejected just minutes after the government's motion was filed. It is thus clear that the court intends to move this case along to get to the bottom of the unconstitutional surveillance, and to move it to trial as soon as possible.

Coupled with this case are class actions which Larry Klayman, founder of Judicial Watch and now Freedom Watch, has filed, asking not just for permanent injunctive relief but also large damages for all affected Americans. This too will be discussed at the hearing.

On the eve of the hearing, Klayman issued this statement:

"We are pleased that Judge Leon is moving quickly to address the continued Orwellian illegal surveillance of all Americans, not just my clients and me. Previously the Judge called our case the 'pinnacle of national importance,' and I could not agree with him more. Judge Leon is a courageous judge and we are hopeful that he will now implement a procedure to allow us to quickly seek and obtain justice."