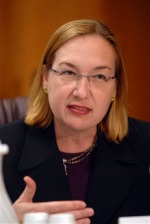 (Washington, D.C., December 22, 2014) Today, Larry Klayman of Freedom Watch appeared before the federal court in Washington, D.C., on behalf of his client, Sheriff Joe Arpaio of Maricopa County, Arizona, and argued to the Honorable Beryl Howell that she should enter an order immediately enjoining the implementation of President Barack Obama's November 20, 2014, Executive Order effectively granting amnesty to roughly 5 million illegal aliens. Sheriff Arpaio was the first to file a lawsuit against the president for his Executive Actions.

Mr. Klayman had this to say after the hearing:

"On behalf of our client, Sheriff Arpaio, we are very pleased that the Judge held an expedited preliminary injunction hearing. This was important because as we speak, millions of illegal aliens are in the process of being granted amnesty. As presented to the Court, a large number of these illegal aliens will be back onto the streets of Maricopa County and the nation as a whole. Many of these illegals are repeat criminal offenders. This puts a great strain on the resources of Sheriff Arpaio's office and endangers the people of Maricopa County.

"Plaintiff is hopeful for a positive ruling in the near future. Win or lose, this case is likely to go to the Supreme Court which will be the final arbiter of whether the president's actions are constitutional or not.

"On behalf of Sheriff Arpaio, we thank Judge Howell for conducting a very professional and rapid hearing in the interest of justice."