Copy
(The Hague, Netherlands, September 30, 2021) Today, Larry Klayman, Esq, the Chairman and General Counsel of Freedom Watch, Inc., and the founder of both Judicial Watch and Freedom Watch, and a former Justice Department prosecutor, filed a complaint against Joseph Biden, General Mark Milley and General Kenneth McKenzie for crimes against humanity and war crimes perpetrated against civilians, including seven children, who they murdered in a drone attack after Afghanistan was surrendered to Taliban, Al Qaeda and ISIS terrorists.

View the video and the complaint, embedded below, which explain what this complaint entails and how it will likely proceed before the International Criminal Court.

In addition to holding Biden and his rogue generals to account before the International Criminal Court, Freedom Watch's Citizens Grand Jury has already indicted Biden for negligent homicide, manslaughter and treason, for which he will soon be tried before a Citizens Court in the United States. The embedded video explains this as well. See Citizens' Grand Jury Indictment also embedded below.

Larry Klayman had this to say with regard to these two actions which seek to hold Biden and his rogue military brass to account for their crimes against humanity:

"It's time, as I write in my new book, 'It Takes a Revolution: Forget the Scandal Industry!', that the American people rise up and take back the corrupt legal system which allows persons like Biden and his generals to get off scot free. Here, they have committed heinous murderous crimes against innocent civilians including seven now dead children, all for public relations and other nefarious reasons after 13 brave American servicemen, and hundreds of Afghans were killed needlessly at Kabul Airport. Biden is not above the law, and he will and must pay legally for what he did!"

For more information contact Asher and Asher.andersonfw@gmail.com and visit www.FreedomWatchUSA.org! 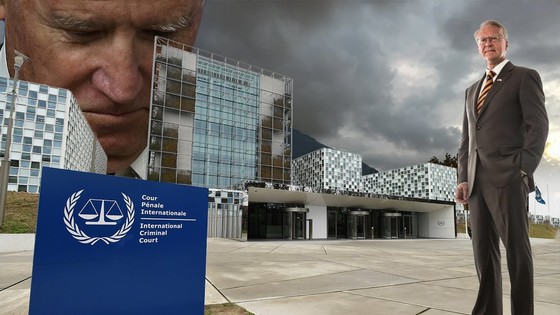