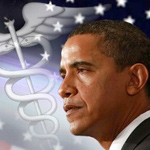 Federal Lawsuit Is The Last Remaining Court Challenge to Obamacare

"Last Friday, Judge Richard Roberts of the U.S. District Court for the District of Columbia ordered President Barack Obama to reveal under oath the specifics of his secret meetings with health care lobbyists such as PHARMA, Planned Parenthood, the U.S. Chamber of Commerce and others that lead up to the passage of "Obamacare," or else submit to discovery depositions and document production in that my group filed a few years ago. The judge's order is courageous, particularly since he was appointed to the federal bench by Democrat President Bill Clinton, showing that some integrity still remains on the federal bench despite the politics of Obamacare and our comprised and partisan judicial system in general.

Now that the Supreme Court has upheld the constitutionality of Obamacare and Congress is considering repealing or amending it, Judge Robert's decision is crucial for the American people to know what went on behind closed doors, including any lobbyist commitments to pay campaign contributions to the Obama reelection campaign, in order to fully understand and remedy Obamacare, which many feel will seriously harm the economy if put into effect as is during these times of deep economic crisis."

For a copy of Judge Robert's decision, go to www.freedomwatchusa.org or Pacer with regard to the case styled Freedom Watch v. Obama et. al, Civil Action No. 09-2398 (U.S. District Court for the District of Columbia). For an interview with Mr. Klayman contact 310 595 5317 or email leklayman@yahoo.com.