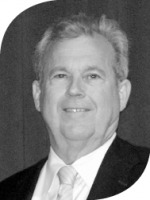 (Palm Beach, Florida, August 11, 2015). Today, as predicted by many in the media who have been following this case, Klayman v. Hillary Clinton, Bill Clinton and the Clinton Foundation (15-cv-80388 S.D. Fla), a federal judge appointed to the bench by President Bill Clinton, dismissed a lawsuit, filed under the Racketeering and Corrupt Organizations Act ("RICO") and other causes of action, which was based on the Clintons' acceptance of money from foreign and other donors in exchange for favors while Hillary Clinton was Secretary of State. In addition to filing suit, Larry Klayman asked the judge, Donald M. Middlebrooks, to take into custody Hillary Clinton's private email server and the thumb drive containing classified information – still in possession of her attorney, David Kendall. The predicate acts of RICO alleged in the complaint hinged on the obstruction of justice in defendants having secreted or destroyed emails evidencing their crimes, most notably the sale of waivers to do business with Iran and the release of classified information about U.S.-Israeli war plans should the nuclear facilities of this terrorist state have to be removed militarily.

The order dismissing the case is contrived and fatally flawed as it presumes that Klayman could not show, had there been discovery of Hillary Clinton and had the court taken the server and thumb drive into its custody, that the Clintons and the Foundation had engaged in a RICO enterprise. Regrettably, this initial result was not unexpected. Even the liberal publication Politico and the conservative Washington Times had suggested that a Clinton-appointed judge should not have presided over this case.

Klayman issued this statement: "I am disappointed but not surprised. This case was a hot potato for a Clinton appointed judge. Had he allowed it to proceed, he would have been potentially retaliated against by the Clintons. In this regard, he would not have had a chance to be nominated for a higher judgeship or other post should Hillary Clinton be elected president. While federal judges are appointed for life, they are not immune to politics. I intend to take an emergency appeal and I am confident that the judge's decision will be reversed by neutral judges on the appeals court."

To view the complaint, go to www.freedomwatchusa.org or for an interview, contact Freedom Watch at daj142182@gmail.com