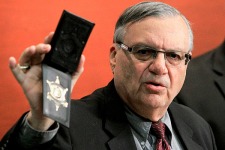 (Washington, D.C., December 24, 2014). Yesterday evening, an Obama-appointed federal judge dismissed the lawsuit filed by Larry Klayman, a former Justice Department prosecutor and founder of Freedom Watch, on the eve of Christmas, handing Obama an early Christmas present. (Arpaio v. Obama, 14-cv-1966). The ruling was not unexpected, given the judge's comments in a hearing held last Monday, where evidence and argument was presented in support of Sheriff's Arpaio's motion for a preliminary injunction to freeze the status quo while the court could finally adjudicate the unconstitutionality of the president's executive actions.

For the most part, the judge's decision to dismiss is very weak and not based on the law. She primarily found that courts should not rule on the president's unconstitutional executive actions because it is simply a political dispute between him and Congress, and that Sheriff Arpaio did not have standing to sue because he could not show a direct injury from this massive change in the immigration laws.

"Judge Howell is clearly wrong in her reasoning and we wasted no time in taking an appeal – only 20 minutes after the ruling was issued. While I respect the judge, she clearly was influenced by her politics, which is pro-Obama. There is no justifiable basis for her decision and I am confident that it will be overturned on appeal – an appeal which is likely to wind up at the Supreme Court. Notwithstanding that the case does present serious questions about the constitutionality of the president's admittedly "emperor-like actions," the Sheriff's office on behalf of the people of Maricopa County do have standing, since they are have already been and continue to be injured by these illegal executive actions. As just one example presented to the court by the Sheriff, criminals who are illegal aliens are being released back onto the streets by Obama's Department of Homeland Security, as a result of Obama's amnesty, and they frequently commit new crimes and wind up back in jail, at great expense to the Sheriff's office. This is clear harm, but the judge chose to downplay it – even though it costs the people of Maricopa County millions of dollars to jail these criminals who should otherwise be deported. In short, we are confident that her ruling will soon be overturned and that this case will proceed to enjoin the president's illegal and unconstitutional actions. President Obama's early Christmas present will have to be given back to the American people, who deserve better during this sacred holiday season."

For further information, contact Freedom Watch at (424) 274-2579 or daj142182@gmail.com. See www.freedomwatchusa.org to view the court pleadings and the judge's ruling.