Ahmadinejad and Iran to be tried for crimes against humanity 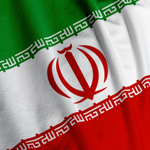 (WASHINGTON, D.C., April 3, 2013). Tomorrow, in a federal courtroom, Larry Klayman, the founder of Judicial Watch and now Freedom Watch, will present evidence through his clients and key expert witnesses that Iranian President Ahmadinejad, the Supreme Leader, the Revolutionary Guard, and the Islamic Republic of Iran as a whole brutally tortured and murdered Akbar Mohammadi, a historic figure who was the first student leader to call for "regime change" as part of the so called "Green Revolution." Other plaintiffs in the case (Mohammadi v. Islamic Republic of Iran (No. 09-1289)) include Akbar's brother, Manouchehr, who, as Akbar's freedom fighting partner, was also arrested, tortured, and placed under a death sentence in Evin prison. He eventually escaped and now lives in the United States, as do his sisters Nasrin and Simin, who are also plaintiffs in the case for the inhuman atrocities they and their family were also put through by the defendants. As a result, Nasrin at one point attempted suicide and Simin, who was also imprisoned for a time, was assaulted through attempted rape.

Also testifying will be renowned national security advisers such as former CIA Director Jim Woolsey, Iran experts Michael Ledeen and Ken Timmerman, and former UN Ambassador Alan Keyes, who will place guilt on the doorstep of all the defendants, who are liable for millions of dollars in damages.

Stated Larry Klayman, "This case will, much like the Nuremberg trials after World War II, reveal in graphic detail the inhuman brutality of this Nazi-like Iranian regime, that not only tortures and murders its own people, but has threatened to wipe Israel and all Jews off of the face of the earth with a second, this time nuclear Holocaust. President Obama and his administration, rather than supporting freedom fighters like the Mohammadis and working for regime change (which would also eliminate Iran's nuclear threat), have turned a blind eye to these crimes against humanity and instead, like Neville Chamberlain with Hitler, have sought to appease the Islamic Republic of Iran. Now, justice will finally be done in an American courtroom."