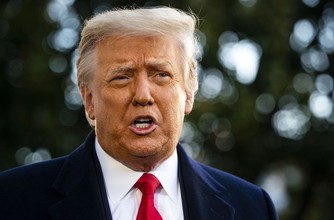 By Azi Paybarah
Washington Post
September 16, 2022
The former president warned that if he were indicted for mishandling classified documents after leaving the White House, there would be "problems in this country the likes of which perhaps we've never seen before."

Trump, speaking Thursday to conservative radio host Hugh Hewitt, added, "I don't think the people of the United States would stand for it."

Hewitt, who is also a contributing columnist for The Washington Post, then noted that critics would describe the comment as inciting violence, and he asked Trump to respond to the claim. "That's not inciting — I'm just saying what my opinion is. I don't think the people of this country would stand for it," Trump said.