Top Obama Advisers Turn on Biden After Repeatedly Warning of Rising Inflation
Order "It Takes a Revolution: Forget the Scandal Industry!" at BarnesandNoble.com 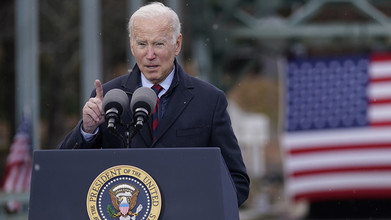 Steven Rattner, who served as counselor to the Treasury secretary in the Obama administration, issued a scathing op-ed Tuesday saying Biden's $1.9 trillion American Rescue Plan, passed in March, was the "original sin" that contributed materially to today's inflation, which hit the highest annual rate since November 1990, according to the Labor Department.

"How could an administration loaded with savvy political and economic hands have gotten this critical issue so wrong?" Rattner wrote in The New York Times. "They can't say they weren't warned — notably by Larry Summers, a former Treasury secretary and my former boss in the Obama administration, and less notably by many others, including me. We worried that shoveling an unprecedented amount of spending into an economy already on the road to recovery would mean too much money chasing too few goods."