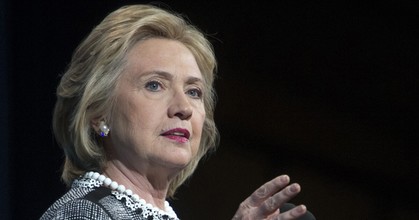 President Joe Biden, Secretary of State Antony Blinken, White House press secretary Jen Psaki, and others were among the 13 people added to Russia's "stop list" as the U.S. continues sanctioning Russia and some individual Russians over the country's decision to invade Ukraine, TASS, a Russian news agency, reported Tuesday.

Clinton, who has been critical of Russian President Vladimir Putin, celebrated the rebuke.