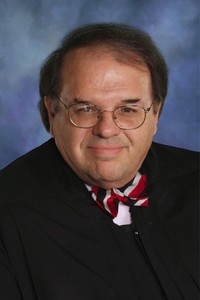 By Larry Klayman, Chairman and General Counsel
Freedom Watch
March 5, 2017
The newest revelations that the Obama administration wiretapped, that is "bugged," the president and all of his men in the lead up and after the November 8, 2016, elections are not surprising. In this regard, for over 2 years the highest levels of the Federal Bureau of Investigation (FBI) have been secretly investigating the "harvesting" of highly confidential information including financial records of the chief justice of the Supreme Court, other justices, over 156 judges, prominent businessmen like Donald Trump, and public activists like me.

In this regard, a whistleblower named Dennis Montgomery, a former NSA/CIA contractor, came forward to FBI Director Comey with 47 hard drives and over 600 million pages of largely classified information, under grants of use and derivative use immunity, which I obtained for him with the U.S Attorney for the District of Columbia. Later, Montgomery, who suffers from a potentially fatal brain aneurism, testified under oath, for over 2 1/2 hours before FBI Special Agents Walter Giardina and William Barnett in a secure room at the FBI's field office in Washington, D.C. The testimony was under oath and videotaped and I have reminded the FBI recently to preserve this evidence.

I have also met on several occasions with the staff of Chairman Bob Goodlatte of the House Judiciary Committee, since judges have been illegally surveilled, and asked them to inquire of FBI Director Comey and his General Counsel James Baker why their Montgomery investigation has appeared to have been "buried" for the last few years. They have done so, but as yet have not received, to the best of my knowledge, a clear response.

In addition I have gone back to one of the few intellectually honest judges on the U.S. District Court for the District of Columbia (nearly all of the rest, save for another great judge Royce C. Lamberth, are politically biased appointees of either Presidents Clinton or Obama), and asked him to move forward to trial with the cases which I filed in 2013 against Obama and his intelligence agencies over the mass spying of hundreds of millions of Americans. Not coincidentally, before Edward Snowden revealed this unconstitutional conduct by the National Security Agency (NSA), which then was run under the direction of the Director of National Intelligence (DNI), James Clapper, Clapper lied under oath to Congress, denying that this illegal surveillance was occurring under his watch. That he was never prosecuted for perjury at a minimum, not to mention that it is a crime to wiretap innocent Americans without "probable cause," is a testament to the reality that official Washington is afraid of the intelligence agencies, knowing that they can dig up "dirt" to destroy their political and personal lives. Indeed, this may help explain Chief Justice Roberts' inexplicable last minute flip on the Obamacare case before SCOTUS. What, for instance, did Clapper and the NSA/CIA have on Roberts that may have "convinced" him to rubber stamp President Barack Obama's unconstitutional Affordable Care Act.

Judge Leon, in the course of my cases before him (see www.freedomwatchusa.org), has already issued two preliminary injunction rulings ordering that the illegal mass surveillance cease and desist. He termed this unconstitutional violation of our Fourth Amendment, "almost Orwellian," a reference to George Orwell's prophetic book "1984" about "Big Brother." Judge Leon's rulings then prompted Congress to amend the Patriot Act and call them the USA Freedom Act, which sought to leave telephonic metadata in the hands of the telephone providers, like Verizon, Sprint, and AT&T, until a warrant was obtained showing probable cause that a target or subjects communications with terrorists or a crime was being committed.

It now appears that the Obama intelligence agencies, as I predicted to Judge Leon, have again ignored and flouted the law, and at the direction of the former president Obama and/or his men like Clapper illegally spied on targets or subjects like Mr. Trump and his associates, including Gen. Michael Flynn, the former national security adviser. This is why I have pushed Judge Leon to move my cases along to trial, and have offered to bring Montgomery forth to be interviewed by the judge in camera in the interim, as he has a security clearance to probe Montgomery about classified information which I cannot and have not accessed.

Legally speaking, my cases against the intelligence agencies also encompass the illegal surveillance of President Trump and his men, as what apparently occurred shows a pattern of unconstitutional conduct that at trial would raise a strong evidentiary inference that this illegal behavior continues to occur. Our so-called government, represented by dishonest Obama loyal attorneys in the corrupted Federal Programs Branch of the Justice Department, continues to maintain that they cannot for national security reasons confirm or deny the mass surveillance against me or anyone else. I have asked Judge Leon to enter a permanent injunction against Obama and his political hacks at the NSA and CIA, many of whom are still there and are bent on destroying the Trump presidency and attempting to blackmail prominent Americans, like me, who might challenge the destructive socialist/pro-Muslim agenda of the Obama-Clinton-Soros left.

My legal efforts to use the uncompromised court of Judge Leon to get to the truth about and issue orders remedying, and later monitoring the unconstitutional Fourth Amendment violations of Obama and his henchmen like Clapper, is of crucial importance. Congressional investigations as President Trump's White House requested Sunday, are likely to result in yet another cover-up. Appearances by so-called prominent Republicans like Marco Rubio and others on the talk shows Sunday do not inspire confidence, as Rubio and company on the Senate Intelligence Committee harbor animus to Trump, the president having vanquished the Republican establishment during last fall's primary season. And, even when it was shown that DNI Clapper had lied under oath to their committee, they, as usual, did nothing!