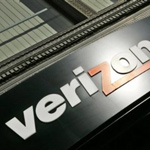 (Washington, D.C., June 7, 2013). Today, Larry Klayman, the founder of Judicial Watch and Freedom Watch, a former U.S. Justice Department prosecutor, and himself a user of Verizon, filed suit in the U.S. District Court for the District of Columbia, over the massive illegal seizure of phone records by the Obama administration's National Security Agency. Joined as defendants in the suit, which primarily is based on violations of the 1st, 4th, and 5th amendments to the U.S. Constitution, are President Barack Obama, Attorney General Eric Holder, the U.S. Justice Department, Director Keith B. Alexander of the NSA, the NSA, and the federal judge who signed and issued the illegal warrant, Roger Vinson.

The individual defendants are being sued in their personal capacities under the Supreme Court precedent of 403 U.S. 388 (1971), which permits aggrieved persons to sue government officials when their constitutional rights are violated.

"Here, there is no doubt that this massive illegal seizure had to be authorized and approved at the highest levels of the executive branch, which necessarily leads to the president, attorney general and the director of the NSA. These violations of free speech, prohibitions against unreasonable search and seizure, and due process rights are unprecedented in American history. They make the fictional scenarios depicted in the literary works of George Orwell's 'Big Brother' and Ayn Rand's 'Atlas Shrugged' look tame, particularly when coupled with other burgeoning government scandals concerning the IRS, the equally illegal seizure of phone records of Fox News and AP, and other abuses of power. It would appear that Obama and his government 'yes men' know no constitutional bounds, and the courts are no longer 'independent' such that they will protect American citizens from this tyranny. This is why Roger Vinson, the judge of the Foreign Intelligence Surveillance Court, has also been sued in his personal capacity. As an Article II jurist, who is supposed to protect the people from the tyranny of the other two branches of government, his actions are as despicable as those of Obama, Holder and Alexander. It is high time that judges are held accountable as well to the rule of law and the edicts of our constitution," stated Larry Klayman.