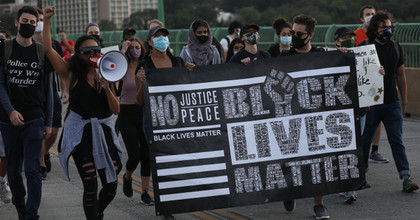 The poll, published Sunday, found that 48 percent of likely voters surveyed described violence in New York, Portland, and Kenosha, Wisconsin to be riots, compared to 40 percent who saw them as protests.

The results break down in part along party lines, with 68 percent of Republicans calling the unrest riots, compared to 30 percent of Democrats.