Klayman: Time to Finally Put an End to U.S. Membership in the U.N.: Worthless, Anti-Semitic and Costly!
Order "It Takes a Counter-Revolution!" at Amazon.com
Donate and Support Freedom Watch at www.FreedomWatchUSA.org 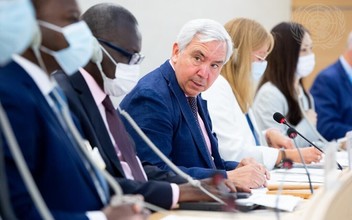 UN rights council chief tells investigator to clarify 'Jewish lobby' remarks
Times of Israel
July 30, 2022
The UN Human Rights Council president called Friday for a UN investigator to clarify comments that sparked Israeli and American accusations of antisemitism and an Israeli call for him and his colleagues to resign, saying it was reasonable to interpret the "unfortunate" remarks as stigmatizing Jews.

Miloon Kothari, one of three members of a UN Commission of Inquiry investigating alleged abuses in Israel and the Palestinian territories, sparked outrage this week after he was quoted alluding to a "Jewish lobby."

Asked in an interview published Monday by online publication Mondoweiss about member states' criticisms of the commission, Kothari pointed to wider efforts to undermine the investigation.