Klayman: This Author Lives in a Dream World!
Go to www.FreedomWatchUSA.org and Support Our Citizens Grand Juries and Join Our Justice League! 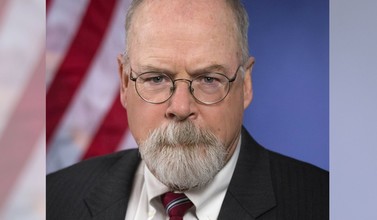 The Last Trusted Prosecutor in Washington | National Review
By Jim Geraghty
National Review
November 5, 2019
John Durham is the legendary lawman digging into how the intelligence probe of Donald Trump started.

John Durham may be the most consequential and least known figure in Washington right now.

In May, U.S. attorney general William Barr selected Durham, a longtime prosecutor with a résumé so sterling it nearly glows, to investigate the origins of the special counsel's probe into Russian interference in the 2016 election, and whether it was properly predicated. Some Trump fans believe there was a vast effort by a "deep state" of high-ranking intelligence and law-enforcement officials to smear Trump or hinder his campaign by creating a perception of corrupt ties to Russia. In late October, the New York Times quoted unnamed sources who said that Durham's probe had officially become a criminal investigation, meaning he now has the power to subpoena for witness testimony and documents, to convene a grand jury, and to file criminal charges.