Klayman: There Is No Honor Among "Socialist Thieves!" 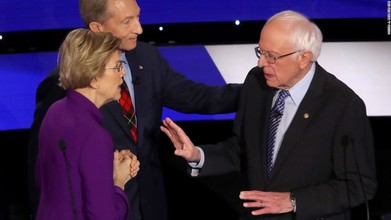 Sanders responded that it was Warren who called him a liar and said they should not talk about it right then.

When the CNN/Des Moines Register debate concluded, the studio audience and viewers saw Warren walk over to Sanders and not shake his outstretched hand. The two senators seemed to have a heated and brief exchange before Sanders appeared to throw his hands up, turn and walk away. The video of the exchange aired live with no audio.