Klayman: The PGA Will Lose: Dirty Arab Muslim Money Was Already Big in Professional Golf Before the LIV Tour and the PGA's Hypocrisy & Motives Are Transparent: Its Objective Is to Abridge Competition From LIV Tour!
Order "It Takes a Counter-Revolution!" at Amazon.com
Donate and Support Freedom Watch at www.FreedomWatchUSA.org 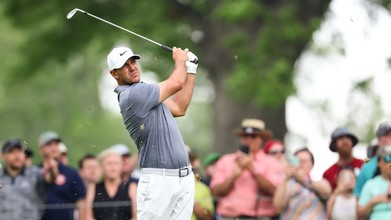 Koepka, 32, is one of the highest-profile players to join the breakaway circuit, which is being funded by Saudi Arabia's Public Investment Fund and is fronted by two-time Open winner Greg Norman.

LIV Golf is expected to announce the addition of Koepka in the coming days, sources have confirmed. Koepka, who is ranked 19th in the Official World Golf Ranking, is expected to compete in the first LIV Golf event in the United States, at Pumpkin Ridge in Portland, Oregon, starting June 30.