Klayman: The Left Has Already Destroyed America!
Order "It Takes a Revolution: Forget the Scandal Industry!" at BarnesandNoble.com 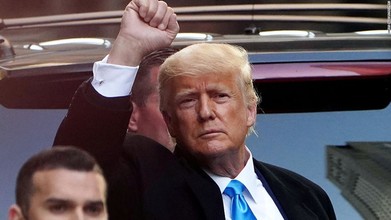 Analysis: The GOP's devotion to Trump threatens to destroy American democracy
By Analysis by Stephen Collinson
CNN
May 4, 2021
(CNN)With its cultish devotion to Donald Trump, the majority of the Republican Party is choosing a wannabe-autocrat over the political system that made the United States the world's most powerful nation and its dominant democracy.

The ex-President is showing that he doesn't have to be in the Oval Office to damage faith in US elections and to trash truth, as his movement based on lies and personal homage takes an increasingly firm grip of the Republican Party. The widespread mistrust he continues to foster in the fairness of the US political system among millions of voters poses grave risks to democracy itself.