Klayman: The Despicable and Evolving Leftist Face of Fox News!
Go to www.FreedomWatchUSA.org to Join and Support Our Leftist Media Strike Force! Share and Donate 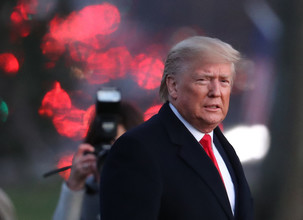 Impeachment proceedings against Trump are expected to be passed by the House of Representatives Wednesday night.

"High crimes and misdemeanors is a basis for impeachment, the constitutional remedy for presidential behavior that subverts our democratic institutions," Napolitano wrote. "In Mr. Trump's case, we have undisputed evidence that he abused his power by inviting a foreign government to interfere in the 2020 presidential election and then compounded this by directing subordinates to refrain from giving congressionally commanded evidence of his behavior."