Klayman: Stone Presented No Real Defense at His Criminal Trial: Not One Witness Including Himself! 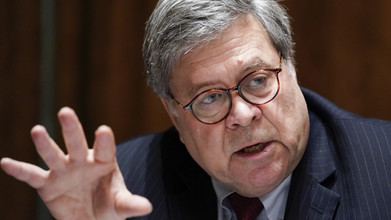 Politics Influenced Justice Department In Roger Stone Case, DOJ Lawyer Tells Hill
NPR.org
June 23, 2020
A current Justice Department prosecutor is planning to tell lawmakers on Wednesday that in his many years in the government, "I have never seen political influence play any role in prosecutorial decision making. With one exception: United States v. Roger Stone," according to a copy of his prepared testimony.

Aaron Zelinsky, who has worked at the department since 2014, is scheduled to testify at a House Judiciary Committee hearing Wednesday as one of two "whistleblowers" set to describe politicization at the Justice Department, said Chairman Jerrold Nadler, D—N.Y.

In his written statement, Zelinsky said he heard that Stone received different treatment "because of his relationship to the President."