Klayman: Stone and Jones Birds of a Feather: Their Involvement in Jan. 6 Does a Disservice to the Sincere Peaceful Patriot Protesters That Day!
Order "It Takes a Revolution: Forget the Scandal Industry!" at BarnesandNoble.com 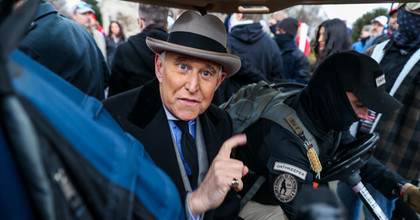 The subpoenas, which come after the committee has interviewed more than 200 witnesses, indicate that investigators are intent on learning the details of the planning and financing of rallies that drew Mr. Trump's supporters to Washington based on his lies of a stolen election, fueling the violence that engulfed Congress and delayed the formalization of President Biden's victory.

"We need to know who organized, planned, paid for and received funds related to those events, as well as what communications organizers had with officials in the White House and Congress," said Representative Bennie Thompson, Democrat of Mississippi and the chairman of the committee.