Klayman: One Word Describes Holder: Scumbag!
Order "It Takes a Counter-Revolution!" at Amazon.com
Donate and Support Freedom Watch at www.FreedomWatchUSA.org 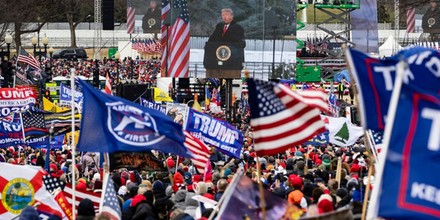 Obama attorney general Eric Holder says the DOJ should indict Trump over the Capitol riot
By Tom Porter
Business Insider
May 9, 2022
Former Attorney General Eric Holder said that former President Donald Trump should be indicted over his role in instigating the January 6, 2021, attack on the US Capitol.

Holder, who served as President Barack Obama's attorney general, discussed the Justice Department's investigation of the Capitol riot in an appearance Sunday on CBS News' "Face the Nation."

"At some point, people at the Justice Department, perhaps that prosecutor in Atlanta, are going to have to make a determination about whether or not they want to indict Donald Trump," Holder said.