Klayman: Omar Must Be Removed From Congress and the U.S. See Complaints Embedded Below 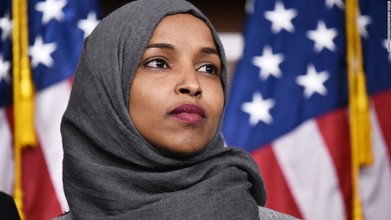 Carlson blasted Omar for her critiques of the United States and said the congresswoman is "living proof that the way we practice immigration has become dangerous to this country."

Omar was born in Somalia. Her family had to flee during the country's civil war. After four years in a refugee camp in Kenya, she arrived in the United States at age 12.


COMPLAINT FOR WRIT OF MANDAMUS TO ORDER U.S. DEPARTMENT OF HOMELAND SECURITY TO COMMENCE INVESTIGATION OF REP. ILHAN OMAR 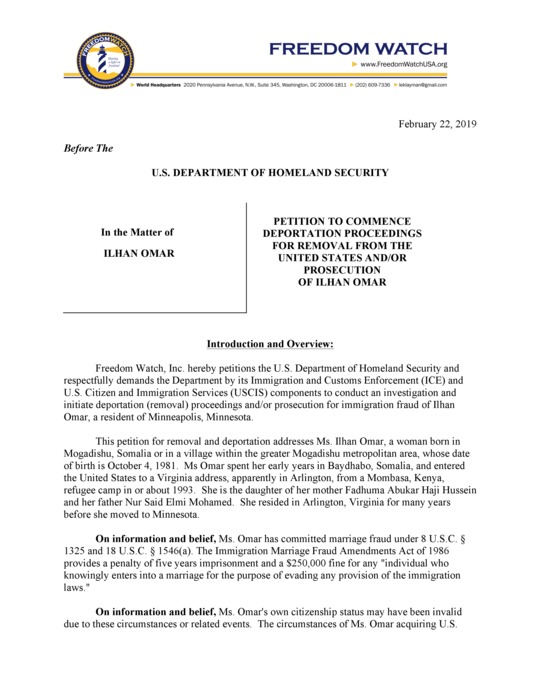