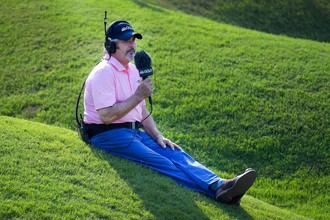 Feherty is expected to be an analyst on the 8-to-10 LIV Golf tournaments each year, according to sources. LIV Golf had previously signed former NBC soccer play-by-player Arlo White as its host.

Feherty, 63, has been known for his irreverence, which he first displayed on CBS for more than two decades before moving to NBC and the Golf Channel the past seven years.

The Northern Ireland native was a part of NBC's coverage of the British Open over the weekend.