Klayman: More Forced Confessions and More D.C. Federal Judicial Tyranny Accelerating in Most Politicized and Corrupt Court in the Nation!
Order "It Takes a Revolution: Forget the Scandal Industry!" at BarnesandNoble.com 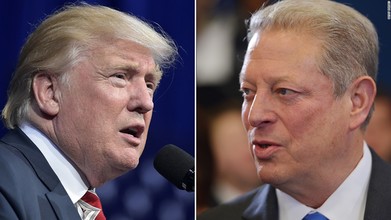 Al Gore 'was a man' about his election loss, unlike Trump, judge says
By Hannah Rabinowitz and Holmes Lybrand
CNN
November 23, 2021
(CNN)A federal judge took aim at former President Donald Trump on Monday for lying about voter fraud during the 2020 presidential election, saying that former Vice President Al Gore had a better standing to challenge the 2000 election results but that he was "a man" and walked away.

"Al Gore had a better case to argue than Mr. Trump, but he was a man about what happened to him," Senior District Judge Reggie Walton said of Gore's decision to end his presidential bid following weeks of legal battles. "He accepted it and walked away."

The comments from Walton came during a plea hearing for Capitol riot defendant Adam Johnson, who was photographed carrying House Speaker Nancy Pelosi's lectern through the Capitol building. He pleaded guilty on Monday to a low-level charge of entering and remaining in a restricted building or grounds.