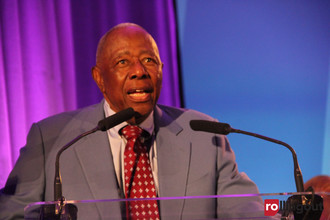 Outfielder Terrance Gore is the only African American player on the Braves' World Series roster. There are three other Braves on the active roster who appear to be of African descent, but are Hispanic. This includes Ozzie Albies, Guillermo Heredia and Jorge Soler.

The lack of diversity on the National League pennant-winning roster would disappoint Henry "Hank" Aaron.