Klayman: Lies as Usual From the Gov't!
Order "It Takes a Revolution: Forget the Scandal Industry!" at BarnesandNoble.com 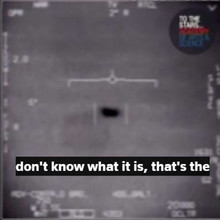 The report also found the vast majority of incidents documented over the past two decades did not originate from any American military or other advanced U.S. government technology, the Times said, citing senior administration officials briefed on the report headed to Congress this month.

Many of the 120-plus sightings reviewed in the classified intelligence study from a Pentagon task force were reported by U.S. Navy personnel, while some involved foreign militaries, according to the Times.