Klayman: Justice Clarence Thomas Obviously Feared for His Safety After the Attempted Assassination of Justice Kavanaugh!
Order "It Takes a Counter-Revolution!" at Amazon.com
Donate and Support Freedom Watch at www.FreedomWatchUSA.org 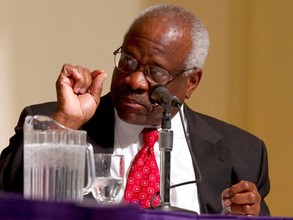 The news, which comes weeks after circulation of a student-led petition to fire Thomas as a lecturer over his June 24 vote to overturn Roe v. Wade, was announced in an email from Gregory Maggs, a judge on the United States Court of Appeals for the Armed Forces, who has been co-teaching a constitutional law seminar with Thomas since 2011.