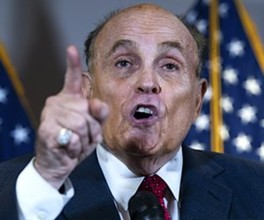 "That was certainly a colorful news conference from Rudy Giuliani, but it was light on facts," Fisher said in her report. "So much of what he said was simply not true or has already been thrown out in court."