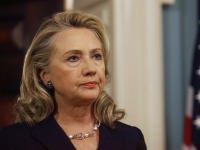 (Washington, D.C., March 25, 2015). Today, Larry Klayman, founder of Freedom Watch and a former federal prosecutor, filed a civil suit against Hillary Clinton, Bill Clinton and their family foundation alleging criminal violations under the Racketeer Influenced and Corrupt Organizations Act ("RICO"). The suit was filed before the U.S. District Court for the Southern District of Florida, Civil Action No. 9:15-cv-80388. A copy of the complaint can be viewed at www.freedomwatchusa.org.

The lawsuit alleges a pattern over ten years of the Clintons engaging in two or more predicate acts constituting a criminal enterprise, designed to enrich them personally. In this regard, Klayman alleges that the Clintons – through mail and wire fraud, and various false statements – misappropriated documents which he was entitled to receive and possess under the Freedom of Information Act ("FOIA") concerning Hillary Clinton's involvement in releasing Israeli war and cyber-warfare plans and practices. The complaint alleges that Hillary Clinton orchestrated this release to harm and thwart Israeli plans to preemptively attack Iranian nuclear sites to stop the Islamic nation's march to producing atomic weapons. Another FOIA request called for the production of Mrs. Clinton's and other State Department's records which refer or relate to the granting of waivers for persons, companies, countries and other interests to do business with Iran, thereby undermining the economic sanctions. These acts are alleged to be the result of the defendants selling government influence in exchange for bribes from interests which have donated to The Clinton Foundation, paid huge speaking fees to the Clintons and other means. The present email scandal is alleged to cover up evidence of these and other related crimes by hiding emails that would incriminate the Clintons and their foundation.

"This is the first and only hard-hitting case to address the growing email scandal. What Hillary Clinton, her husband, and their foundation have done is nothing new. It is simply part of a criminal enterprise which dates back at least 10 years, all designed to enrich themselves personally at the expense of the American people and our nation. It's time, however, that they finally be held legally accountable."