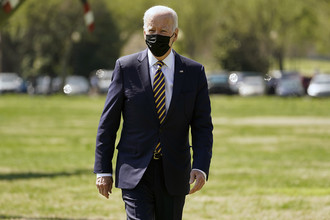 The announcement comes nearly three months into Biden's term, a delay that had frustrated activists who wanted the president to fulfill a campaign pledge to take action on gun violence on his first day in office. That frustration only grew after a slate of mass shootings in Colorado, Georgia and California.

Biden will direct the administration to begin the process of requiring buyers of so-called ghost guns — homemade or makeshift firearms that lack serial numbers — to undergo background checks, according to three people who have spoken to the White House about the plans.