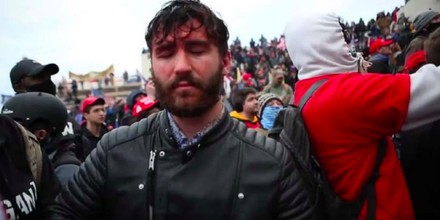 By Sophia Ankel
Business Insider
January 6, 2022
A jailed Capitol-riot defendant said he was disappointed in Donald Trump for canceling his January 6 press conference and suggested that the former president had abandoned his supporters.

"There should be a hundred thousand people in DC tomorrow at the very minimum," Edward Jacob Lang, 26, told "The Stew Peters Show" in a Wednesday phone interview from jail. He continued, "I am so disappointed with Trump and with the American people at large that just do not get behind the January 6 political prisoners."

"I feel like I've been completely abandoned by the political hierarchy here. Where are our leaders standing up, our congressmen, our senators, our president?" he said. "President Trump, where are you?"