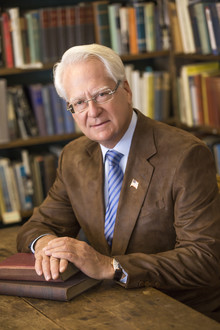 By Larry Klayman
WND
July 14, 2017
The political prosecution of Cliven Bundy, his sons and tens of other defendants is an outrage begun by President Barack Obama and his Justice Department, then run by former Attorney General Loretta Lynch, essentially because Cliven used the word "Negro" in commenting that he and his family could appreciate how African-Americans were mistreated by the federal government, given how this same federal government, under Obama and Lynch, with the aid of former Nevada Sen. Harry Reid, had attempted to enslave them, too. As just one example of how Obama took offense and then threatened Cliven, just watch the video below.

At a White House Correspondents' Dinner, which occurred just after the successful standoff at Bunkerville, land Cliven's family had ranched for over 150 years, Obama, with a sick, arrogant smirk, mocked and disparaged Cliven and in effect warned him about the consequences of using the word "Negro," not coincidentally a term used by the great civil rights leader Martin Luther King Jr. to refer to himself and his fellow "Negroes." Ironically, in the days of King, the use of the term "black," which later gained acceptance, was thought racist. That is why the Rev. Jesse Jackson, who was with King when he was tragically assassinated, later coined another term, "African-American," to refer to his race.