Giuliani's Lawyer Says He Has Hard Drive With Hunter Biden Texts, Emails, Videos of 'Compromising Positions'
Go to www.FreedomWatchUSA.org and Support Our Citizens Grand Juries and Join Our Justice League! 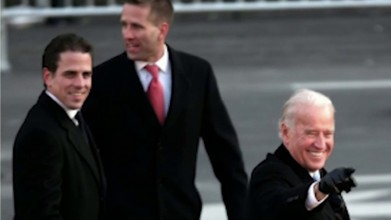 Attorney Robert Costello confirmed the explosive revelations, first reported by the New York Post, that an Apple MacBook Pro alleged to have belonged to the younger Biden was disassembled and an external hard drive was turned over to the FBI in December — after the computer repair shop owner in Biden's home state of Delaware notified federal investigators about their existence.