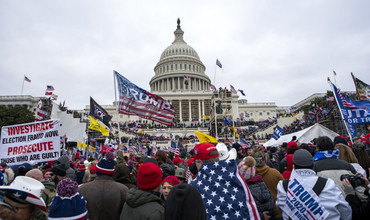 The Epoch Times
May 7, 2022
House GOP lawmakers said that whistleblowers have come forward and alleged that the FBI is trying to terminate employees of the bureau who partook in a rally on Jan. 6, 2021.

"The employees did not enter the United States Capitol and have not been charged with any crime" but are allegedly still being fired, said the House Judiciary GOP in a Twitter post on Friday, citing unnamed whistleblowers at the bureau.

In a letter to FBI Director Christopher Wray, Republicans confirmed reports that the Department of Justice's Inspector General's office is considering investigating whether the FBI revoked the security clearances of agents who attended the rally last year. Republicans in previous letters had argued that revoking their security passes essentially forces them out of a job because clearance is needed to work at the FBI.