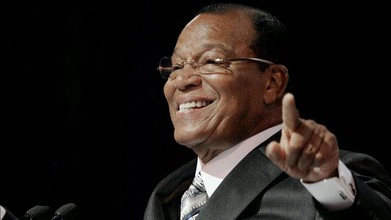 By Deroy Murdock
Fox News
December 26, 2018
What does an anti-Semite have to do to get ostracized around here?

Nation of Islam leader Minister Louis Farrakhan, 84, is America's highest-profile Jew-hater. Former Ku Klux Klan Grand Wizard David Duke might covet that distinction, but he is far less in the spotlight today than yesterday. More importantly, Farrakhan can boast that his loathing for Jews has not stopped him from raking in federal tax dollars.

That's right. The Washington Examiner reported last week that Farrakhan has received $364,500 in taxpayer money for preaching to prisoners.