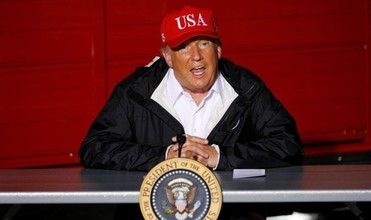 By David Maddox
Express.co.uk
August 30, 2020
In the latest monthly Democracy Institute (DI)/Sunday Express poll President Trump has 48 per cent of the popular support over the former vice president's 45 per cent. In the key swing states the gap is even bigger, with 49 per cent for Trump to 42 per cent for Biden giving the President a seven-point lead. The DI polls have consistently shown more positive results for the President than other surveys. While most suggest a Democrat lead, the monthly DI polls have been more favourable to Trump.

DI showed him ahead last month and even further ahead now. It carried out its poll by contacting a weighted sample of 1,500 people and playing them a series of recorded questions. They answered via their telephone keypads.