U.S. 'Closer to Civil War' Than Most Would Like to Believe, New Book Says
Order "It Takes a Revolution: Forget the Scandal Industry!" at Amazon.com
Donate and Support Freedom Watch at www.FreedomWatchUSA.org 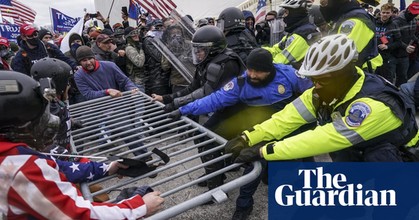 By Martin Pengelly
the Guardian
December 20, 2021
The analysis by Barbara F Walter, a political science professor at the University of California at San Diego who sits on the Political Instability Task Force, is contained in a book due out next year and first reported by the Washington Post.

At the same time, three retired generals wrote in the Post that they were "increasingly concerned about the aftermath of the 2024 presidential election and the potential for lethal chaos inside our military."

Such concerns are growing around jagged political divisions deepened by former president Donald Trump's refusal to accept defeat in the 2020 election.