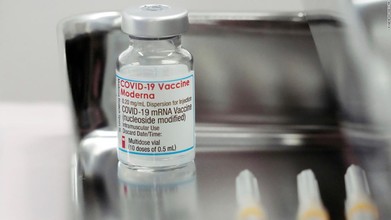 By Emiko Jozuka and Chie Kobayashi
CNN
September 14, 2021
Tokyo, Japan (CNN)Two people have died in Japan days after receiving doses from a batch of Moderna Covid-19 vaccines whose use was suspended Thursday following concerns over a contamination risk, the country's Ministry of Health, Labor and Welfare said Saturday.

A causal link between the vaccine and the deaths has not yet been established, according to the ministry and Takeda Pharmaceutical Company, which distributes the Moderna vaccine in Japan.

Japan suspended the use of about 1.63 million doses of the Moderna vaccine on August 26 as a precaution after foreign substances were found in some vials.