Tomi Lahren Did Not Hold Back on Brittney Griner "Not Hearing the National Anthem, What a Win for Her"
Order "It Takes a Counter-Revolution!" at Amazon.com
Donate and Support Freedom Watch at www.FreedomWatchUSA.org 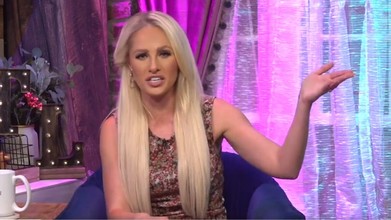 MARCA
August 6, 2022
Tomi Lahren, the conservative media commentator has been tough on WNBA star Brittney Griner on twitter after she got sentenced to nine years in Russian prison this week after Russian officials found THC oil in a gym bag. They found cannabis oil

After Brittney Griner gave a heartfelt plea in court she was sentenced to nine years in prison after she pleaded guilty to drug possession in July. She was initially detained in February of this year when she entered the country and the airport officials found an electronic vaporizer pen with less than one gram of cannabis oil.