The Uncomfortable Truth That Is Ricky Gervais
Go to www.FreedomWatchUSA.org to Join and Support Our Leftist Media Strike Force! Share and Donate 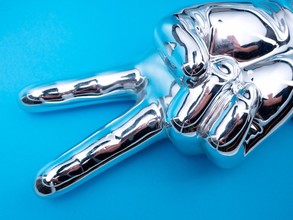 By Robert Turner
Medium
January 20, 2020
Hollywood has clearly lost its taste for self-deprecation and self-effacement if its response to Ricky Gervais can be used as a barometer. The liberal press, surely it's mouthpiece, was scathing in their reviews of his master of ceremony duties for the 77th Golden Globe Awards.

Almost unanimous in their condemnation of Gervais and his comments on the evening, their responses are a clear indicator of how far out of touch they have become with the American public. How their sycophantic pandering to Hollywood and a group of self-aggrandizing, pretentious and pompous actors and producers has overwhelmed journalistic integrity and common sense.

Take this quote from the Los Angeles Times.