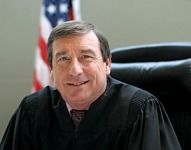 Brownsville, Texas (February 16, 2015) – A federal injunction halted President Obama's "deferred action" programs for amnesty for an estimated 5 million illegal aliens. At 11:04 P.M., EST, the Honorable Andrew Hanen, U.S. District Court for the Southern District of Texas, published an order granting a temporary injunction. The result is to halt Obama's amnesty programs pending the results of a full trial in the Texas federal courtroom.

Larry Klayman, general counsel of Freedom Watch, Inc. (founder of Judicial Watch), applauded the ruling. Sheriff Arpaio filed a "Friend of the Court" brief in the Texas case urging issuance of a preliminary injunction by his attorney Larry Klayman. Larry Klayman and Sheriff Joe Arpaio applaud Judge Hanen's ruling as essential to preserve the fabric of our nation's system and constitutional foundation.

The lawsuit, State of Texas, et. al. v. United States of America, Case No. 1:14-cv-00254, involved 25 States – half of the nation – as plaintiffs all opposed to Obama's amnesty programs, especially when implemented by the president's raw, unilateral executive authority. As Larry Klayman told a press conference on December 22, 2014,

"This is not a case mainly about immigration. From my many years and legal practice in Miami, I have had many Cuban immigrant friends and clients. Most importantly, this is fundamentally about the rule of law and our constitutional system. Regardless of our policies on illegal immigration, we must uphold and defend our U.S. Constitution."

Arpaio and Klayman also filed their own lawsuit in the U.S. District of the District of Columbia on November 20, 2014, within hours of President Obama's announcement of his latest executive amnesty programs. That lawsuit, Arpaio v. Obama, et. al., Case No. 1:14-cv-01966, was heard for a preliminary injunction in Washington, D.C, on December 22, 2014. The Honorable Beryl Howell denied a preliminary injunction the following day by finding that Arpaio's office as Sheriff did not have "standing" to challenge Obama's programs.

Sheriff Arpaio's lawsuit is now on appeal in the U.S. Court of Appeals for the District of Columbia Circuit. Klayman explains that it will be highly significant to defeat Obama's amnesty by executive overreach in both the Fifth Circuit (which handles appeals from Texas) and in the D.C. Circuit. Because the issue will almost certainly be decided on appeal, probably in the U.S. Supreme Court, favorable decisions in multiple cases in different federal circuits can be very persuasive in the final appeals.

In the case, Judge Hanen ruled that, at a minimum, the Obama administration failed to comply with the Administrative Procedures Act. The APA would require an elaborate series of procedural hurdles including public notice and receiving comments from the public. That delay would probably push any resulting regulation into the term of the next president elected in November 2016. Obama's attempts to rewrite the IRS tax treatment of IRS Section 501(c)(4) tax-exempt organizations used heavily by the tea party was halted by the burdensome process of complying with the APA's lengthy procedures.

Klayman also commented, "I know we would prefer, like all conservatives and patriots, to have a clear ruling that executive overreach by any President is a dangerous injury to our Constitution. Lawyers do recognize, however, that courts try to find the easiest way to reach a result. We hope to reach a ruling that the executive branch cannot rewrite the nation's laws whether they go through the Administrative Procedures Act process or not."