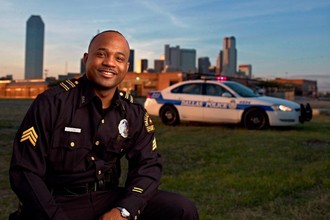 (Dallas, Texas, September 16, 2016). Today, Larry Klayman, the founder of Judicial Watch and Freedom Watch and a former federal prosecutor of the U.S. Department of Justice, amended the complaint he previously filed against President Barack Obama, Louis Farrakhan, Al Sharpton, Eric Holder, and Black Lives Matter and others which alleges that they they incited threats, violence and killings of law enforcement, as manifested during the recent Dallas, Texas, massacre.

The lawsuit, filed in the U.S. District Court for the Northern District of Texas, which is located in Dallas, is now styled Pennie et. al v. Farrkahan et. al (Civil Action Number 16-cv-02010), was amended today to include allegations that Hillary Clinton and George Soros have also incited and financed this violence for their own political purposes and, along with the other defendants, stoked a race war which is pulling the fabric of the nation apart at the seams, with even some sports figures and elected politicians disparaging and denouncing the country as a whole by defiantly refusing to stand and recite the Pledge of Allegiance.

The amended complaint, which seeks large damages and an injunction to have these threats of severe bodily injury and death, and actual violence, be ordered to cease and desist, can be found at www.freedomwatchusa.org.

Klayman had this to say:

"Sergeant Pennie and I feel duty-bound to put ourselves forward to seek an end to the incitement of violence against law enforcement which has already resulted in the death of five police officers in Dallas and the wounding of seven more, just in Texas alone. Other assaults and deaths have occurred elsewhere. While the case was filed in Texas, it will create precedent around the nation that law enforcement, which ironically protects the very persons who are alleged to have incited this violence, should be respected. The defendants, if not legally reined in, are allegedly responsible, along with others, for igniting a race war that will ultimately totally destroy the freedoms that our Founding Fathers bequeathed to us."